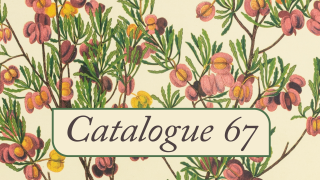 The last thing any of us needs is yet another invitation to spend money, so although our latest catalogue – much larger than usual – contains many rare, unusual and interesting books, manuscripts, photographs and some maps, we’ll skip the customary self-promotion and let the items sell themselves.

We’ll take this opportunity to thank you for your ongoing interest in what we do: not all old is bad, not all new is good. We wish you all the best as another year passes. 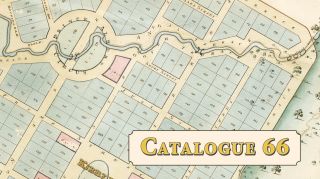 At the heart of this catalogue is a fine group of limited edition Australian art titles, many with original graphics or drawings, by the likes of Lionel and Norman Lindsay, Jeffrey Smart, John Olsen, Sidney Nolan, James Gleeson, and Lloyd Rees, among others.

But the epitome of limited edition artworks would have to be the unique 1840 manuscript concept plan for a town at Port Gawler, north of Adelaide, proposed in great detail but never realised. The very large format hand-coloured plan was part of an infamous fraudulent property speculation in the early years of the colony of South Australia. Extraordinarily, we are also able to offer beside it an unrecorded printed account of the fraud and ensuing court cases, produced by a successful defendant, the pioneering printer Robert Thomas.

The balance of the list contains a miscellany of rare, unusual and interesting material, including manuscripts, photographs, private press books, literature, history, exploration, and works on Indigenous art. 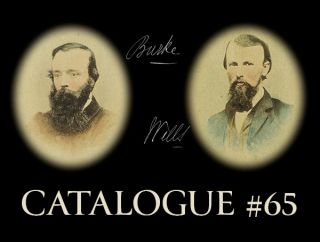 Our current catalogue contains some superlative material, not least a matching pair of contemporary hand-coloured portrait photographs of the ill-fated explorers Robert O’Hara Burke and William John Wills. A related rarity is Kirby’s Narrative of a Voyage from Melbourne to the Gulf of Carpentaria (1862), an account of the loss of the Firefly, wrecked while carrying stores for one of the expedition search parties. Other strengths include literature and private press material, including the boxed set of Sir John Tenniel's Illustrations to Alice's Adventures in Wonderland & Through the Looking-Glass, printed in 1988 for the first and only time from the original boxwood blocks engraved by the famous Dalziel Brothers, and limited to a mere 250 sets.

With our latest catalogue, we play to our strengths – or occasionally, merely our predilections! – so you will find Australiana, military history, autographs, photographs, trade catalogues, and illustrated books featured throughout.

Our Picture Book 10 celebrates the return of the Melbourne Rare Book Fair in fitting style. The cover illustrations are Scenes in the Bush of Australia, By A Squatter, Alexander Denistoun Lang. Published in 1847, in this very rare hand-coloured form it constitutes the first Victorian colour-plate book. It is in excellent company with the four parts of The Diggers & Diggings of Victoria as they are in 1855 by S.T. Gill (1856, in the original wrappers). If your taste in lithography is a little more gothic, you can’t go past The Demon McGuire (1872), a very rare early illustrated Australian children's book, in which a monstrous demon rampages through the streets of Sydney.

Literature is another strength. Stellar items include first editions of key works by T.S. Eliot: The Waste Land (1923), and Poems 1909-1925 (1925), as well as the deluxe edition of 1926, limited to a mere 85 signed copies. Our run of ten issues of The Little Review (1919-21) includes eight with instalments of the first appearance of James Joyce’s Ulysses. Beautiful editions from the famous Kelmscott, Eragny, and Ashendene private presses are present, along with Idyllia (1922, with five original Norman Lindsay etchings), a rarity from N.L. Press.

We hope you enjoy looking at Picture Book 10, replete with eye-catching books, manuscripts, photographs, artwork, and ephemera – and it won’t take you long to read it either!

Please click on any item in the catalogue for more information, or to place an order on our website 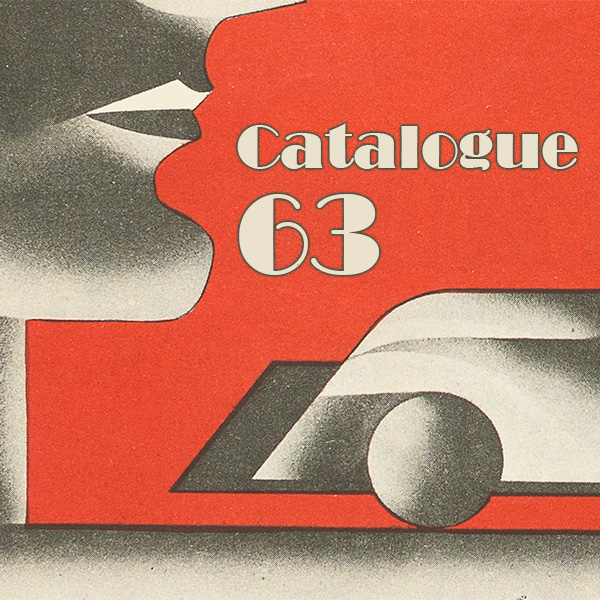 The current list contains some wonderful items. The archive of material relating to Port Albert, the small Gippsland settlement that was one of the earliest ports established in the colony, is unique by definition. Ausgeführte Bauten und Entwürfe von Frank Lloyd Wright, elegant portfolios covering his work prior to 1910, are renowned for their beauty and genuine scarcity: we have eight plates from these most important architectural manifestoes. Our four-volume set of the Records of the American-Australian Scientific Expedition to Arnhem Land, edited by Charles Mountford, is in collector’s condition, with the added bonus of presentation inscriptions from him in the first two volumes. We also have a signed vintage Mountford photograph, 'Windsor's Pillar, Mount Chambers Gorge' (Flinders Ranges, circa 1937).

We are still working our way through three large collections: Australian military history; catalogues raisonné of significant twentieth century European artists; and Aleister Crowley and the occult; all three areas are well-represented this time.

As are some of our favourite subject areas too: trade catalogues, photography, autographs and manuscripts, Australiana … 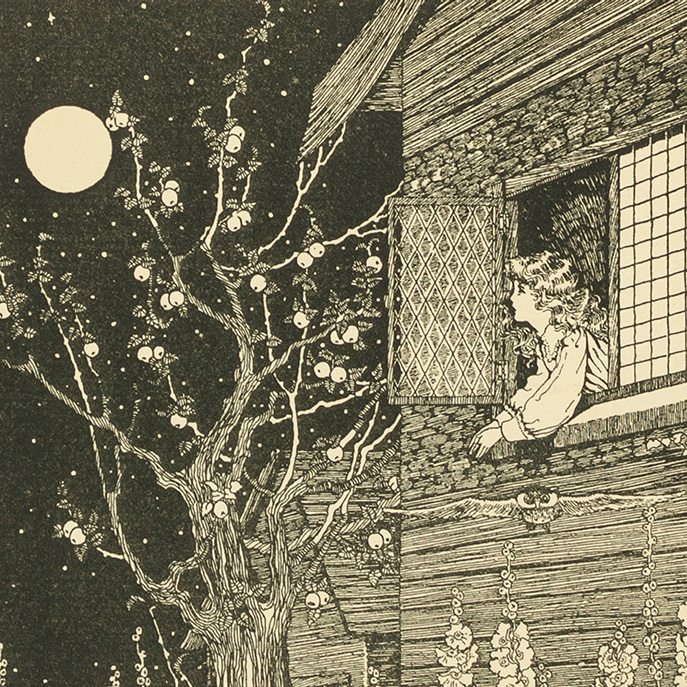 We thought the cracking copies of Ida Rentoul Outhwaite’s first two books, Mollie’s Bunyip (1904) and Mollie’s Staircase (1906), would be the children’s book highlights of our current catalogue. Then we purchased Benjamin Forster’s anonymously-issued Botanical Illustrations of the Twenty-Four Classes in the Linnaean System of Vegetables (1813): despite its prosaic title, this miniature book with 48 hand-coloured wood engravings would crown any international collection.

Fully one-third of this 200-item catalogue contains autograph material of one kind or another: marks of provenance, authors’ signatures or inscriptions, signed documents, photographs or letters. Signatories range from prime ministers to presidents, musicians to Nobel laureates, self-published authors to world-famous cricketers. However, the stellar item is a small group of letters from the archive of Professor T.G.H. Strehlow. They are primarily from Pastor F.W. Albrecht, who replaced Strehlow’s father as superintendent of the Finke River Mission at Hermannsburg in Central Australia in 1927. These letters, written in 1957-58, are of strong interest in themselves, but greater significance must be attached to the accompanying letters in Western Aranda (Arrernte) from five elders. We have obtained full translations, and our catalogue record is worth reading, whatever your collecting interests may be. 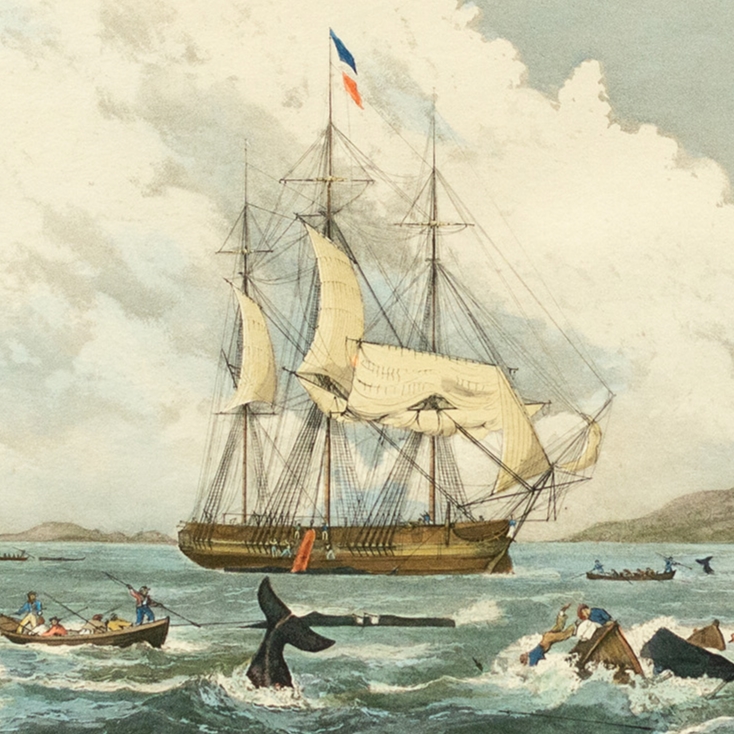 Among the autographs and manuscripts of importance are works by Proust, Queen Victoria, Gorki, and Mussolini. Norman Lindsay has added an original pen drawing of Bunyip Bluegum to his signed inscription in a copy of The Magic Pudding; we also have a copy of one of his earliest illustrated works, A.G. Stephens’ Oblation [1902]. We continue to mine the archive of T.G.H. Strehlow, and now offer a significant letter from him, in reply to one from the eminent anthropologist Nancy Munn seeking information about story-telling by Aranda (Arrernte) women and children. Strehlow recalls from his childhood years in Hermannsburg two bloodthirsty tales told by little girls to frighten little boys, and records them in great detail.

Don’t just sit there, get stuck into them!